A Return to AD&D 1st Edition

There's a scene in the movie Tombstone (that's the one with Kurt Russell and Val Kilmer from 1993) that has really stuck with me over the years.

Doc Holliday is speaking to another character right before the big gun fight, where everyone is pretty sure they're about to die. The character asks Holliday why he is doing this? (Getting ready to die in a gun fight.) Holliday explains that it's because, Wyatt Earp is his friend. The other character huffs at this, as if it's a non-answer. "I've got lots of friends." He says.

When I was in high school and for that matter, every level of school previous, I was an outsider. I never fit in. I didn't have any friends. Then, I lucked into a D&D game disguised as a school "science club." While the club didn't last, the D&D game did, and in that game I made a few friends. Those friends meant everything to me. It's hard to explain how much that experience shaped who I am, who I have grown to be. But, here I am almost 40 years later still playing RPG's and even writing and designing my own.

My family moved after my sophomore year of high school. I was devastated. This was what ... 1982? There was no internet, no cell phones. Staying in touch proved not only difficult, but as it happens, impossible. Those friends graduated high school, left for college. By the time I returned to my home town to find them, everyone was gone. I managed to keep in touch with just one person from that group. He and I have stayed friends for all of these years, and for that I am very grateful.

Recently, a "friend suggestion" on Facebook brought me back in contact with another one of those friends. We began chatting, and to my delight, they want to get together over video chat to play D&D once again! I reached out to that other friend that I mentioned whom I was able to stay in contact with and plans are moving forward. They only have the old AD&D books. (The same ones that we used when we were in high school!!) So, we are going to do this old-school! 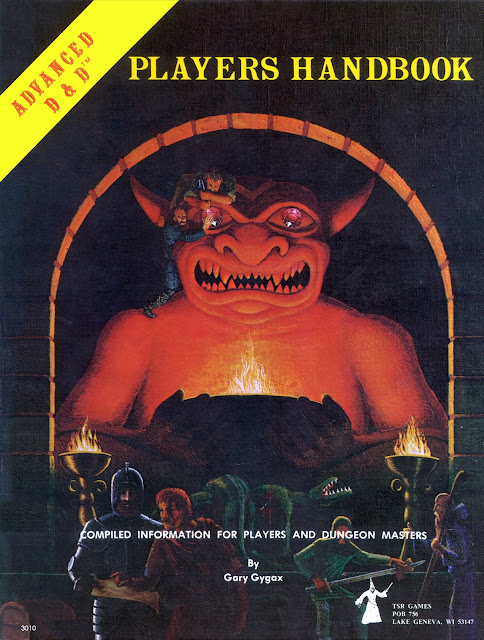 I am going to DM. It's been pretty exciting to look back at the original AD&D Players Handbook, and relive some fond memories of my youth. Unlike my friend, I had not managed to keep all of my old books, but a few years ago I began waxing nostalgic and bought copies of the books on eBay. So, I have everything that I need to play! This is going to be awesome!!