The 13th Age ... where our heroes slaughter a baby dragon.

For those of you just joining us, a quick review of our heroes ... 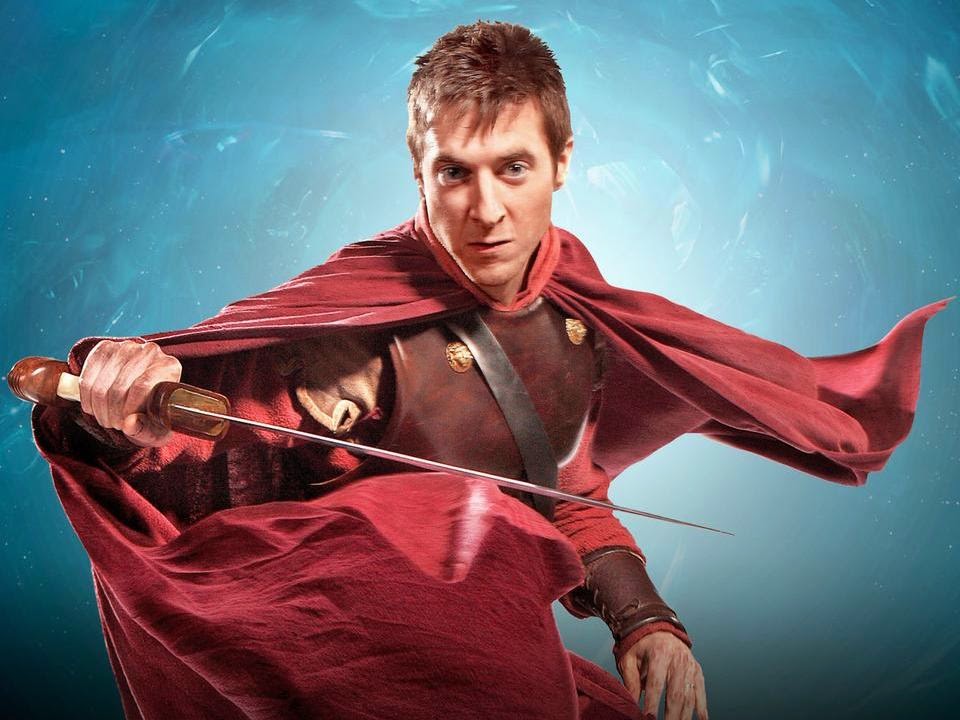 Karl Valerian
Paladin of the Gold 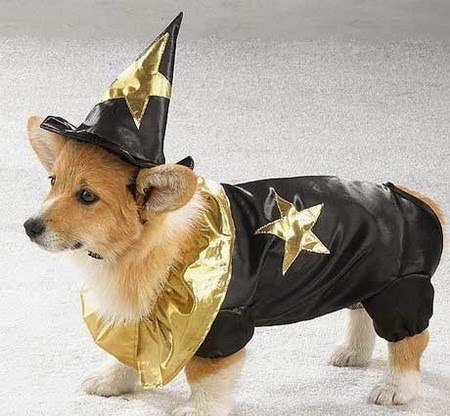 
The heroic trio had just completed a quest to repel a magical meteor meant to destroy the Gold should ever the influences of evil in the abyss of hell drive him insane and turn him evil. Now, they have entered the gates of Starport and are greeted by a smooth silver human like construct with a featureless face called, "Raston."

"Raston" informs the players that the beanstalk is broken and that trips to the Over World have been canceled so they should come back later. I explain to the players that everything around them is hugely over sized and that the Raston although a full 8 feet tall also seems tiny in these surroundings.

Enter, Hermes the cloud giant. 30' tall and wearing a toga (Eek, don't look up!) Nathan Fillion played Hermes in Percy Jackson: Sea of Monsters, so he gets cast. 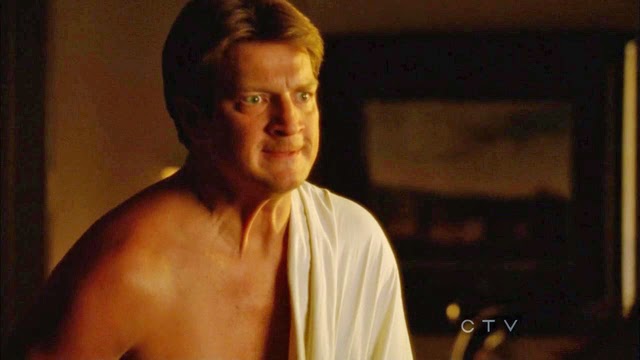 This is what I got when I Googled "Nathan Fillion in a Toga!"

Hermes welcomes the PC's and asks if they might be open to doing a job for him. It seems that the "beanstalk" is a clockwork/steamtech elevator to the Over World. The catalyzer which is part of the compression coil that provides the elevator with power is broken and only Hephaestus can fix it. Hermes has sent two Rastons up to the Over World, the first carried the catalyzer, and the second to ask after the first. But, it's been days and neither has returned. He needs someone to go up to the Over World and find out what is going on.

Hermes would go to find out what happened to the Rastons himself, but he is too large for "canon travel" he explains. "Canon Travel?" The players ask, looking a bit concerned. Hermes smiles an encouraging smile and tells them not to worry about a thing ... that it's perfectly safe, as he leads them to a giant iron tube pointing to towards the sky and coaxes them to climb inside.

And, yes ... the three are blasted up into the sky where they penetrate the underside of a particular cloud before bouncing safely on top of its surface.

Canon Travel from Secret of Mana

The players are now safely on Hephaestus' cloud island, walking on clouds! They can see a castle in the distance and after regaining their composure, set off toward it.

The players asked me if they recognized the names of Hermes and Hephaestus as "gods." I decided that yes, they have heard the names, but that they are not worshiped as gods now. That humans worshiped these cloud giants as gods in a previous age.

As the PC's walk across the surface of the cloud towards the castle a shadow passes overhead. They catch a glimpse of it ... but only a glimpse ... it's a dragon! The players ask what "type" of dragon, and I tell them that they could not tell. They decide to pick up their pace and quickly make it to the castle.

The players find a smaller, close to human sized door off to the side of the main giant doors of the castle and ring the bell. A Raston, much like the one that they encountered in Starport answers the door and greets them. The players explain that they have business with Hephaestus and the Raston leads them to a waiting room, and asks them to wait.

In a moment a cloud giant woman of great beauty enters ... this is Aphrodite, Hephaestus' wife. 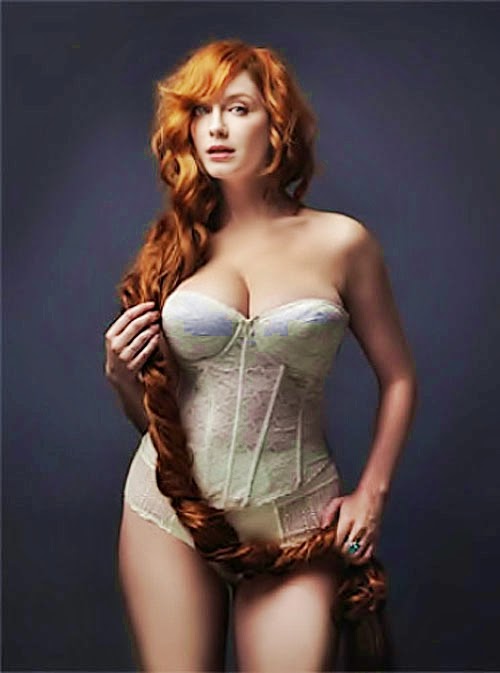 I cast Christina Hendricks as Aphrodite (Imagine this 30' tall.)

Aphrodite actually shrinks herself down to an ordinary human stature and leads the PC's to a small dining room with furnishings of human size. Aphrodite has tea with the party, and takes a special interest in Gar as she hasn't met a gnoll before. Aphrodite must have a more sensitive "nose" then most, because she sprays Gar with a bit of magic perfume to "help him out." This gives Gar a permanent +1 to his Charisma score. (Taking it from 8 to 9, I think ... LOL.)

Aphrodite listens as Sunfar explains about the broken "caramel visor" and then leaves to fetch her husband. Enter Hephaestus as played by Robert Downy Jr. 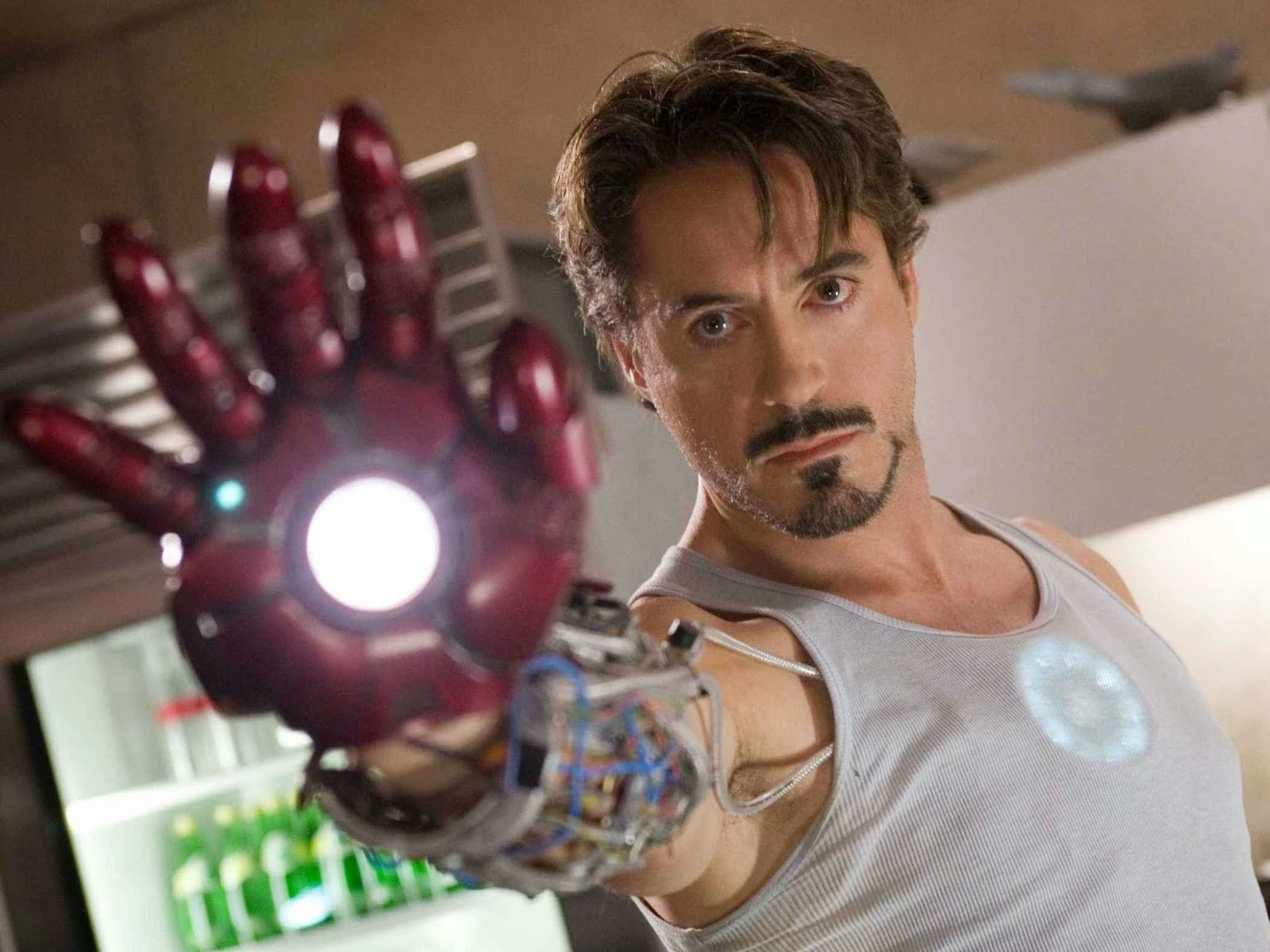 Tony Stark as Hephaestus, cuz ... yeah, he can fix anything!

Sunfar tells Hephaestus about the broken "camel miser" but, Hephaestus has no idea what he's really talking about. The group explains about the missing Rastons and the original part, and Hephaestus tells them that a White Dragon has taken up residence on the far side of his cloud island, and that she seems to have a fascination for shiny things as she has carried off a few of his Raston servants.

Hephaestus tasks the group with going to the far side of the cloud island and retrieving the broken component of the beanstalk from the dragon's lair. The party seems pretty nervous about dealing with a dragon. I picked the weakest dragon in the book, a second level white dragon. In retrospect that was not the right choice for my party of now 2nd level adventurers ... but, more on that in a second.

I decide that I want the dragon encounter to happen in the open and so, as the party moves towards the dragon's side of the cloud island, they see the silhouette again in the sky. Then the dragon drops down in front of them.

The dragon attacks Karl, but misses. Sunfar tries to "jump on the dragon's back, to blow sleep dust in its face..." He rolls really well (like a 19) so, I let it happen as he describes. He uses a full dose of the sleep dust which requires a save of 16+... which the dragon fails. The white dragon is put to sleep without much of a fight.

Sunfar rolls the recharge on the sleep dust and fails it, so the dust has been used up. We imagine that Sunfar probably just poured the whole bag of dust over the dragon's head. The party debates what to do with the dragon. To my surprise, they can't bring themselves to kill the helpless monster, and are afraid to risk tying it up, so they leave the dragon to sleep peacefully while they make a beeline for the dragon's lair.

The PC's find the dragon cloud cave, and inside the cloud cave, several of the Raston robots with their arms and legs torn off. The robots are lined up against the wall and are saying things like, "You're such a lovely dragon ... You're so beautiful and shiny ... " The party also finds a magic longbow that appears to be made of ice, and of course, the catalyzer. 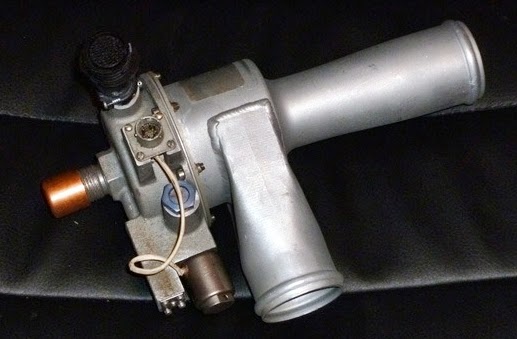 This catalyzer is always causing trouble.

The party rushes back in the direction of the castle with catalyzer and the magic longbow of ice. 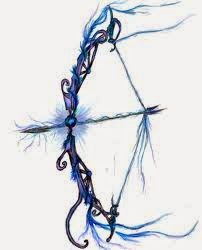 
Enchants arrows fired from it with a sheath of magical frost. Arrows become +1 to hit and inflict an additional 1d10 frost damage. On a natural 20 target is paralyzed (save ends.)


The party almost makes it back ... but, of course it isn't going to be that easy ... the white dragon returns! I did mention, that I had it in my head that I needed to use the weakest sort of dragon for these still mostly novice heroes? I should have done the proper prep work and used the tools that 13th Age gives you to balance an encounter, but I didn't. So ... Gar wins the initiative and casts an "evoked acid arrow" maxing his damage dice and inflicting 40 points of damage to the poor white dragon who had 38 hit points.

In retrospect here is how I have decided that the epic combat with the white dragon looked: 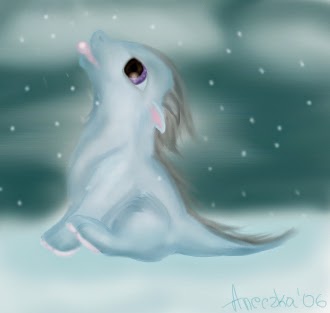 An innocent little baby white dragon flutters helplessly towards the party without a care in the world. 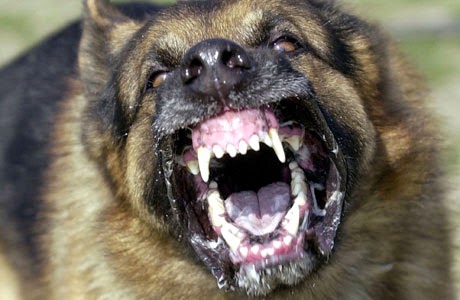 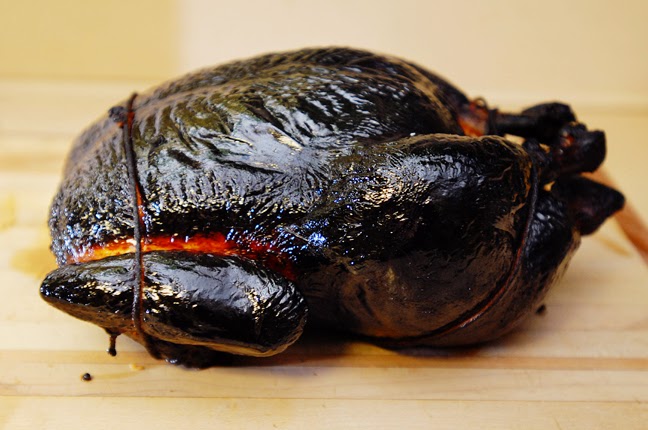 
And that's how I remember it.

Triumphant the party returns to the castle and Hephaestus repairs the catalyzer. He also gifts them with mechanized mounts that will allow them to return to the surface world. Each PC chooses a Mechobo. Mechobos being mechanized flightless bird mounts.

Mechabos act as mounts that can move half again as fast as a fast horse and never tire.

They are enchanted with a permanent "feather fall" triggered effect. Which also enables them to "swim" despite being made of metal.

They can be collapsed with a push of a button and placed in the character's backpack. In this form weight is negligible.

Each Mechobo possesses a special ability based on its metal form.

Gold = Inspire - All persons friendly to the rider and able to see him get +2 to Hit for 1 hour a day.

Silver = Stealth - Mount and rider invisible and silent for 1 hour a day.

Copper = Homing - Rider can establish a "home." Mechobo can teleport itself and rider to this location on command. "Home" once established can only be changed once per month. 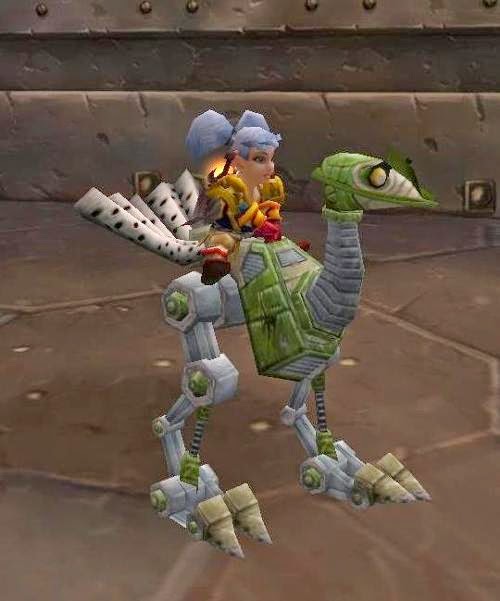 The Mechobos leap from the cloud island, and although they cannot fly, they descend slowly (as feather fall) towards the canopy of a thick forest below. The group lands right over the Queen's Court (thanks to Sunfar's Icon Relation roll with the Elf Queen) and Sunfar is able to report back to the Queen on the success of their mission.

Once their business with the Elf Queen has concluded, the group heads off to Gamma Village to see about retrieving the Displacer Beast hides that they left there. The group takes two of the hides and gives one to the village as payment for the dressing of the beasts. The hides can now be used to make magical Displacer Cloaks, but this is something that the village is not equipped to do.

Gillan the human court mage to the elf village elder remarks that Gar "smells terrific" and jumps his bones!

And the party is off on Mechobo back to return to Starport and deliver the catalyzer to Hermes. It was getting later in the evening so we handwaved this a bit, the Mechobo's making the trip go much faster. The catalyzer is delivered and the party decides to head across the world yet again, to Horizon where Gar can engage the magical types there about having the Displacer Beast hides turned into Cloaks for Karl and Sunfar (not for himself because he won't wear cat.) 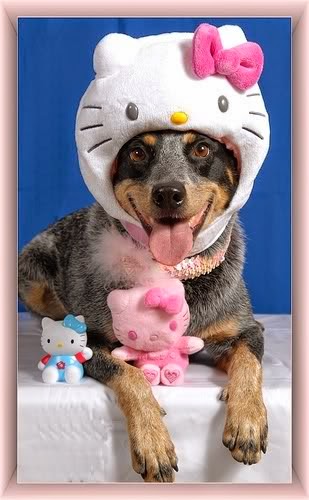 Hermes offers to Canon the party to Horizon to save time. He guarantees the journey to be safe so they go ahead and accept the offer and we end the night with the party safely blasted across the world to just outside the city of Horizon.


Gar still has no idea what the ring that Gillan gave him last adventure does. Maybe someone in Horizon can tell him ...