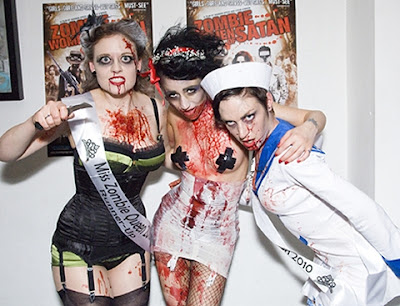 
So ... it seems as though my printer is always out of ink. I've gotten used to not being able to print things and my printer is generally a paper weight sitting on the desk. We had one copy of Five by Five at the table during our first game. I decided to reformat Five by Five for my Kindle so we could have two copies of Five by Five available for the next time. The Kindle handles the existing PDF okay ... but a version specifically designed for the format would be even better.

I spoke a bit about this on a previous post, but instead of importing the text and rearranging it, I just started retyping the whole thing. As I began putting the information down, and looking at things with a fresh perspective following our recent game session. I began to make changes.

The second version of Five by Five was written with the hope that I might be able to expand and advance on the first version to make a bigger and better game. However, bigger isn't necessarily better, and prettier isn't necessarily better either. The second version of Five by Five is not as concise as I prefer to be. It's still a small number of rules presented in a small number of pages. But, looking at it now it still seemed to be extraneous. Also, I am not sure why, but even though I had received a fair amount of positive feed back following the first release of Five by Five, the second one received very little.

I got it in my head that I wanted to go backwards a little bit, strip out some of the "new" stuff in the second version of Five by Five. I scrapped rules for miniatures and movement, that were never used and easily house ruled by those who would want it. I scrapped the tiered weapons and armor rules that just didn't fit and again, were not being used (at least not by my group.)

Also, for some reason, the six equals zero idea was confusing to some during play. I also really wanted consistency between the two-die rolls for task resolution and the one-die roll for damage, and more than one player complained when they rolled a "zero" for damage following a successful hit.

It suddenly occurred to me that 6 didn't have to equal zero and it could still work in exactly the same way.  I changed my terminology, now calling 6 "Trump." Rolling trump would override the roll of your dice and give you something good in return. An automatic success for task rolls, improved damage for damage rolls. I got the consistency that I wanted. I fixed the "zero damage" problem. And, upon play testing the new terminology found that things were less confusing and easier to explain. Wins all around.

The term "Trump" also inadvertently created a new aspect of the game mechanic, something that could be manipulated. More little bits to play with was also a good thing. And, I had one more part of the rules that was bothering me: Doubles. The mechanic just didn't work as well as I wanted it to, and honestly, it wasn't all that popular with play testers either. It needed to go.

But, I like the idea that something fun should happen when you rolled doubles. I hit upon the thought that if you roll doubles, your very next roll would get the benefit of a doubled chance at trump (that is trump on a 5 or a 6). I liked the idea and put it on paper.

This meant that Experience and Advancement had to change. I chose the simplest system I could, and in the process eliminated the XP chart. I did the same thing for Hitpoints, incorporating the assignment of HP more properly into character creation, allowing players to assign it an importance along side their other descriptors, but also making HP equal to a simple: "Descriptor value plus 10", thus eliminating the HP table.

And while I was tinkering with character creation, I decided to add an additional descriptor to the process, there had been a few comments from various sources that maybe three starting descriptors was not enough ... so, I increased it ... but I like the simplicity and speed of character creation so I did so with caution, only increasing the number by one.

I talked to the GM about my changes and he was supportive of my new ideas. He was even excited about the new descriptor everyone would get.

Everyone got together and I explained how HP would now be assigned a value like every other descriptor on the character sheet. Players figured out their HP and then the GM revealed that he wanted everyone's new descriptor to be specifically something Zombie related.

This was cool, because in creating our characters we didn't know that we would be Zombies ... now we got the chance to add something Zombie specific.

2 - Awesome Presence (reminds you of your dad, grouchy old man)

(Eye stops working after an hour away from "home". Must return to socket for 1d6 hours between outings. Task roll is activation upon removal ... if failed, eye must be returned to socket as if following a successful outing.)

We came up with the rules for the eye-ball in a matter of minutes on the fly. This is really the way I like to do things. Fast and easy. Everything was handled this way. It was quick and painless, it reminded me of gaming in the earliest of days before there was a "rule" for every thing.

The game picked up where the other left off with us running through the sewers being closed in on from two directions. We found a manhole cover and decided to move above ground, but my one footed zombie fell landing on the beauty queen zombie knocking her unconscious. (This was a gimmick as the player who played the beauty queen zombie was unable to make it to the session that evening.)

It seemed like all was lost but another zombie showed up to help lead us out. It was the zombie street kid who had gotten beaten up in the last game. And he was being played by another player who joined our game session but missed the first one.

His character was created as a skater-dude, a young punkish kid with multi-colored "flock-o-seagulls" hair and typical skate boarding street kid attire. He led us back to "his" skate shop, where his handlers promptly used his shock collar to zap him into submission for bringing in strays.

My character "Jenkins" had retained enough scientific knowledge to be able to disable his collar and the collars of his companions, but had not had the chance to do the Skater's collar yet. So, down skater went, and as the remote was turned on us, Jenkins did the same, falling to the ground rather then reveal that the collar didn't work.

Our group, of now 4 zombies (including the still unconscious because her player wasn't there beauty queen zombie) was stacked in the corner like firewood. There we bided our time, waiting for Skater to regain his senses.

When, who should walk in ... but a security patrol who gave the owners of the skate shop our description.

"Sure, they are right over here."

And the combat was on. This combat lasted a good long while with me and Ninja Burger Zombie fighting for our lives. Eventually, Skater woke up, but apparently still suffering under the delusion that he is alive and owns the skate shop, steps in to try and stop his new friends from killing his employees.

It was fun and funny and fast a furious. Again, the system seemed to serve the combat well with the right mix of success, failure and uncertainty.

The new, "Rolling doubles allows you to count both 5 and 6 as trump on your next roll ..." rule worked well and made a difference on more than one roll, including allowing for at least one high damage hit.

We were given XP and several of us (including myself) bought a new descriptor at rank 2. Now with a few combats under his belt, Jenkins added "Brawling."

The only problem I had with the game was that sometimes in the excitement players would forget whether or not they had rolled doubles in the last round.


I already had an idea for how to fix that ... but it would have to wait until our next game ...